Are Vaccine Passports A Key Enabler To Help End The Pandemic Or Not? 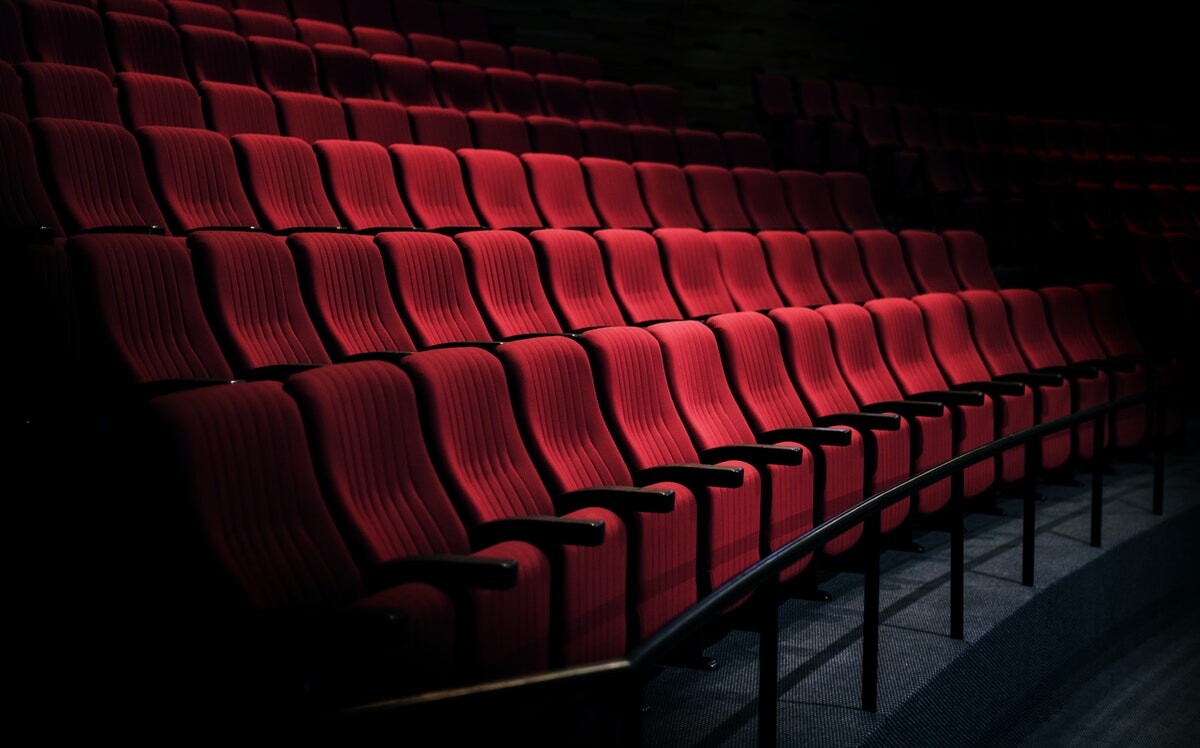 What about a Cruise line? Saga Holidays, a travel company in the UK, stated that no one could book their cruises unless they have had a vaccine. Other cruise lines have, too, including American Queen Steamboat Company and its sister company Victory Cruise Lines in North America.

Is that OK? It’s a really difficult issue and my co-host debated this on our podcast The Intuitive Customer. I would be really interested to hear your point of view as I am sitting on the fence a bit.

As usual the devil is in the detail so let me lay out the issue that many governments around the world are struggling with. Vaccine Passports could be used to ease up the lockdown and facilitate domestic business. In the UK the National Health Services (NHS) would add a Vaccine Passport to the NHS app to indicate that the individual is vaccinated against SARS-CoV-2.

But what about employment. The UK’s justice secretary says that while companies cannot require their employees to get a vaccination, they can refuse to hire new employees who haven’t. Another company in the UK, Pimlico Plumbers, said that no one could work for them unless they have a vaccine because the plumbers will be going into people’s houses.

When I read about the cruise line, my immediate reaction was that it was reasonable. However, when I extend that to something like going to the cinema it feels discriminatory. 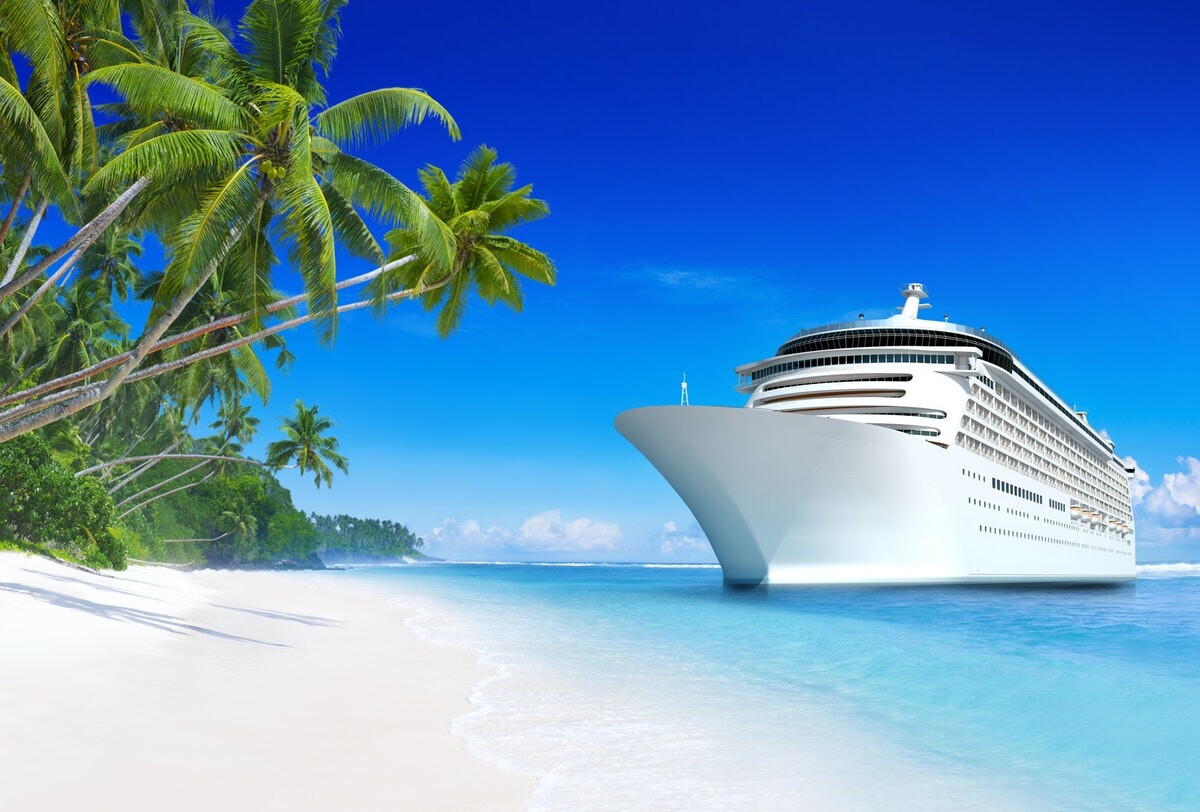 The interesting aspect of this is it does feel different to me, the cruise ship, and the movie. A cruise feels reasonable, and the other examples like going to a bar, or maybe to watch a sports game feel less reasonable. That’s where this gets interesting. Some situations make sense for this; others do not.

Maybe we should look at the characteristics of the situations that feel OK, like the cruise ship, which is potentially a high-risk setting, where we know because of the high level of people in an enclosed place for a long period of time the virus can be transmitted easily. However, it feels less acceptable in a bar situation—even though you will also be in an enclosed area. (Moreover, drinking doesn’t make social distancing any more manageable, which anyone who has been around somebody who is drinking will likely agree.) However, the idea of needing a vaccine to go into a bar strikes me as wrong, even though the risk is still objectively high. 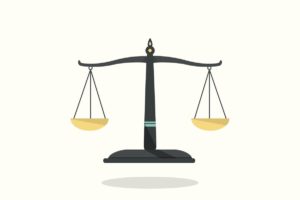 IT ALSO POSES AN INTERESTING QUESTION:

WHO IS MAKING THE CHOICE?

In specific settings vaccine passports make a lot of sense, like traveling across international borders. We are now used to this policy. Many countries have required vaccines before you can travel there. Many schools also require vaccinations of various kinds before attending. Moreover, we know that cruise ships are floating Petri dishes, and viruses can travel quickly there, so a vaccine requirement also makes sense.

However, do we want individual businesses serving as an enforcement mechanism for public health or public policy programs? It’s a question that needs more exploration because there are significant implications here.

Rightly so, it wouldn’t be acceptable for someone to deny entrance to a movie because the patron is in a wheelchair. Everyone would see that as inappropriate. However, is doing the same thing because a person hasn’t had a vaccine appropriate?

Imagine a scenario where the government says businesses of a particular type must serve only people with a vaccine passport. If that were to happen, it would be incumbent on organizations to enforce the governmental policy. This situation occurs with mass mandates at the government level, as we have seen with masks. For example, the local government decides that everybody needs to wear a mask in specific settings; it is then up to businesses to enforce compliance with their customers wearing masks. 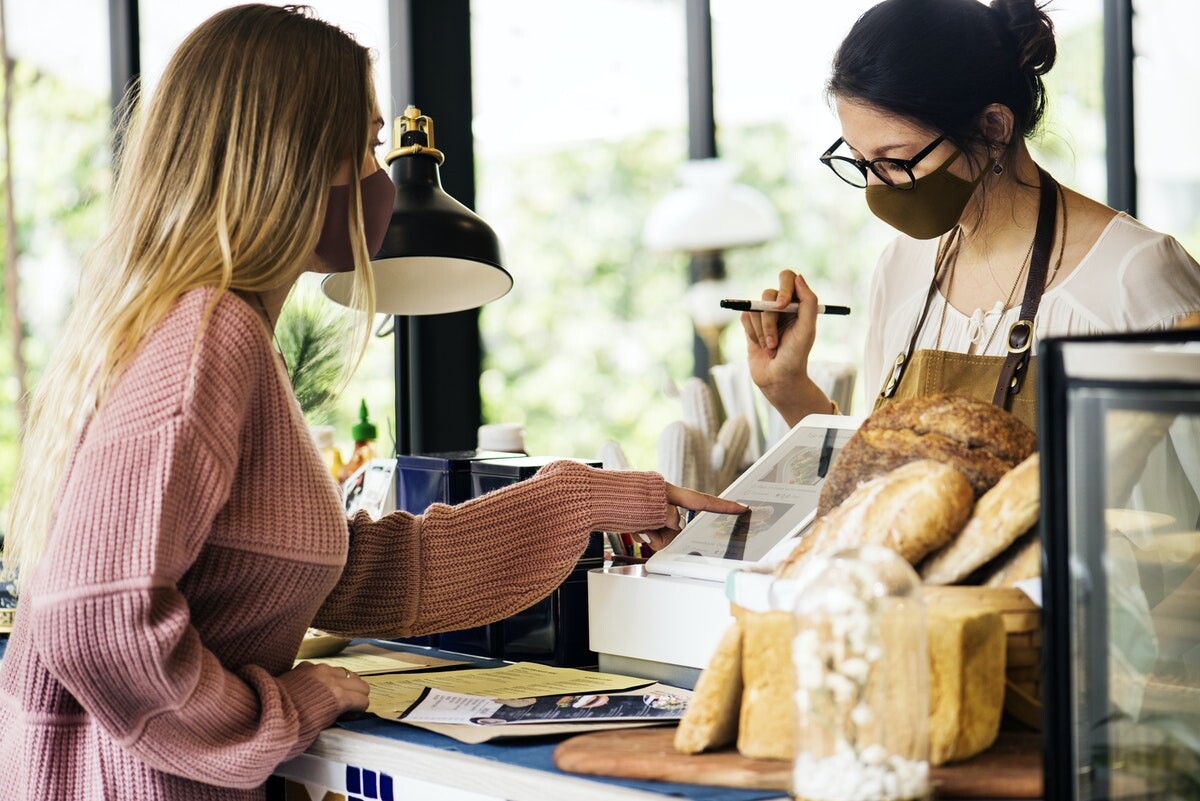 However, when the businesses dictate the policy, like a theater chain, it feels different. Feelings, as you know, are vital to the outcome of your Customer Experience. All experiences evoke emotions, and your vaccine policy will produce one, too. Whether or not it is the correct one is something you should know.

I am not qualified to comment on the legal implications of the policy’s discrimination aspect but again it seems wrong to discriminate. On the other side of the argument society wants people to take the vaccine to get to herd immunity and limit the chances of new variants emerging that will nullify the vaccines and thus force us to repeat the last year! No one wants that.

Another aspect of fairness is the age factor related to the vaccines. We know that COVID-19 has been devastating for the older population and people with underlying health issues. The restrictions for most of the pandemic have been to protect those people. However, the restrictions have affected younger people, too, who are not at as high risk. Now the vaccines have begun rolling out to the older population first, so older people would be the first to enjoy the newfound freedoms of a vaccinated status! The younger population is still unvaccinated and still restricted, it feels unfair. Younger people are willing, anxious even, to get the vaccine, but haven’t had the chance. That feels less fair than if this policy were to roll-out after everyone has had an opportunity to get the vaccine. 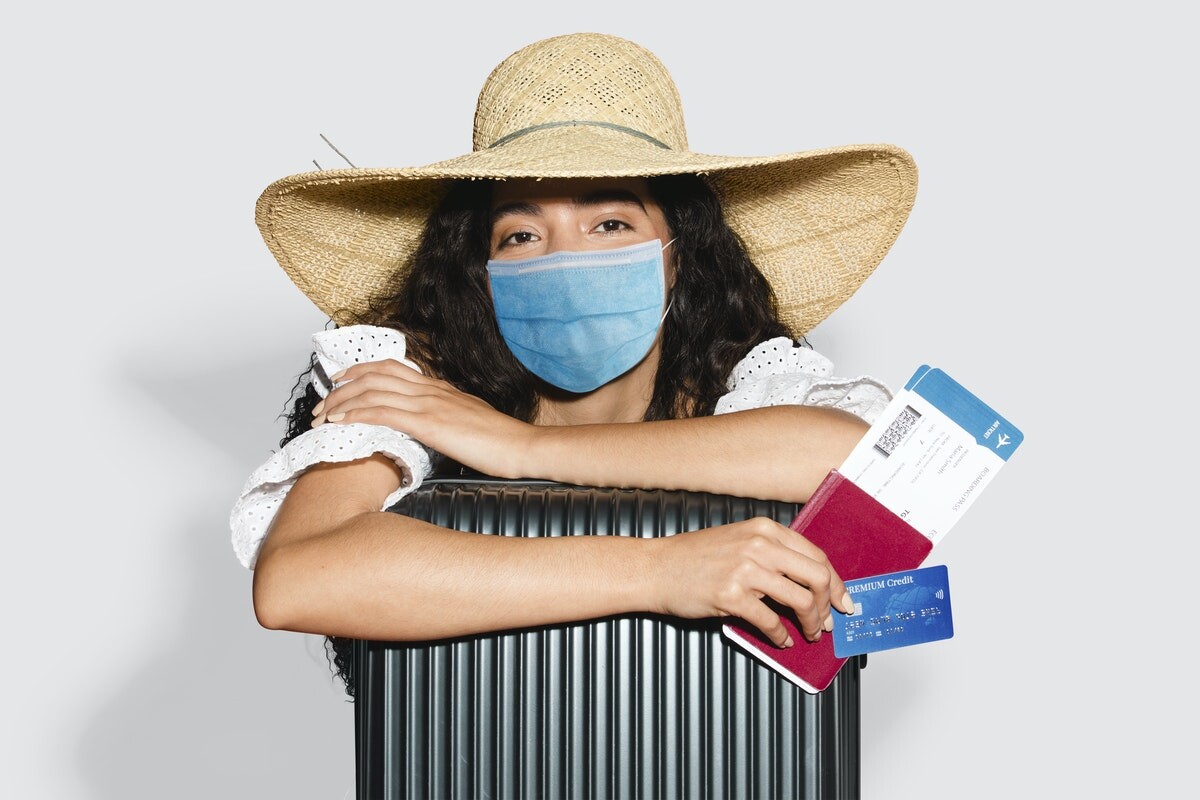 If we take a step back for a moment and look at what is happening in this debate from a psychological aspect humans are terrible at assessing risk. Nobel-prize-winning economist Professor Daniel Kahneman, Amos Tversky and their Prospect Theory explain why. Prospect Theory has two parts, the value curve, and probability assessment. We talk a lot about Customer Experience’s value curve, which includes the concepts of Loss Aversion, Diminishing Sensitivity, and Reference Points.

The other part that we don’t talk about as much is Probability Assessment. This area explains that people treat events that are unlikely to happen as imminent occurrences but likely as if they are of no concern. If you consider the pandemic, we all worried at the beginning that we would get sick when the likelihood was lower than we would get it. Then, as the possibility increased that we would contract COVID-19, we treated it like it was no big deal. But even when there isn’t a pandemic, we do this. We worry a lot about shark attacks that are not going to happen, but not so much about heart disease that very well might.

As vaccines roll out and as people start to adjust to the idea that we are protected, there could be a dangerous tipping point where too many people assume that we’re kind of out of the woods, and the risk is now nothing. Then, we start backsliding on behaviors. There will be less social pressure. For example, fewer people will need to wear masks, which will lead to less social stigma associated with not wearing a mask, and then some people who should wear a mask won’t wear one and then get sick. 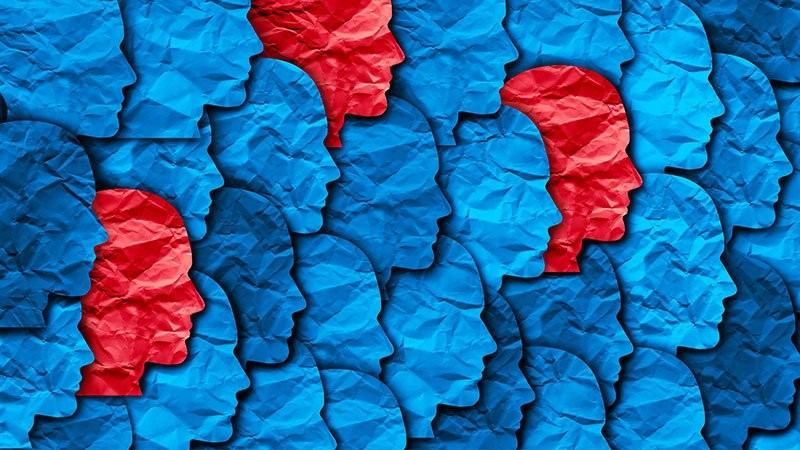 The final aspect of this debate I want to raise is there is an argument that the introduction of a vaccine passport will further put pressure on people to get a vaccine. People that might have been on the fence about getting one could be swayed to get one. The more people who are vaccinated, the higher the herd immunity will be and less risk of variants so that is good for us all. Is that a price worth paying?

The danger with this is when you nudge people too hard in any direction people can feel aggrieved and not take it as a point of principle.

So this means that ‘Framing’ that we discussed in this podcast will play a significant role in how to communicate the policy.

SO, SHOULD WE HAVE A VACCINE PASSPORT OR NOT?

I have to say I am normally a decisive person but on this one I struggle. If I was forced to make a decision today, on balance I do not think we should introduce a vaccine passport because it is discriminatory. However, I also think there are exceptions. I agree with Saga Holidays that you must have a vaccine to go on a cruise with them but asking people to prove this to go to watch a movie seems wrong.

Change is the only Constant in the Contact Centre...

How Mobile is Transforming Customer Engagement with Koby...

Guidebook: How to create social media content that shines...

Keep Up To Date - Subscribe To Our Email Newsletter Today

Get the latest industry news direct to your inbox on all your devices.

We use cookies to personalise content and ads, to provide social media features and to analyse our traffic. We also share information about your use of our site with our social media, advertising and analytics partners who may combine it with other information that you’ve provided to them or that they’ve collected from your use of their services. You consent to our cookies if you continue to use our website.

Cookies are small text files that can be used by websites to make a user's experience more efficient. The law states that we can store cookies on your device if they are strictly essential for the operation of this site. For all other types of cookies we need your permission. This site uses different types of cookies. Some cookies are placed by third party services that appear on our pages.

You can at any time change or withdraw your consent from the Cookie Declaration on our website. Learn more about who we are, how you can contact us and how we process personal data in our Privacy Policy. Please state your consent ID and date when you contact us regarding your consent.

These cookies gather anonymous information such as how many people are using our site or which pages are popular to help us improve customer experience. Switching off these cookies will mean we can’t gather information to improve the experience.

Advertising cookies are used to track visitors across websites. The intention is to display ads that are relevant and engaging for the individual user and thereby more valuable for publishers and third party advertisers.